That time I built a Web App for Field Auditing

A Field Auditor is a person who visits franchise locations and checks for things like brand compliance, cleanliness, facility upkeep, etc.

We had built a web app for this before, but the time had come to make it good.

Working from a previous version

This project was a complete overhaul of a “minimum viable product” iteration (the MVP) we developed at Benchmark Intelligence, a startup I co-founded. The MVP was built using AngularJS (i.e. Angular 1), had basic functionality and was becoming a pain point for our customers.

Benefits of the MVP version.

Pain points of the MVP version. 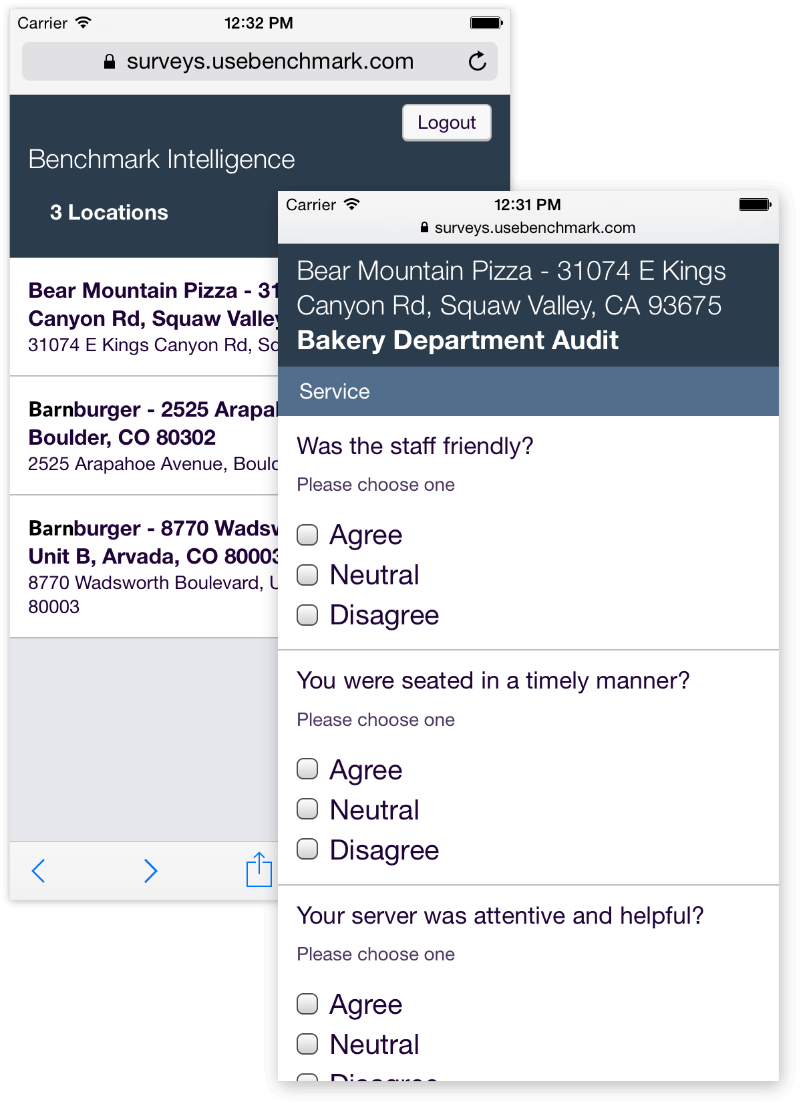 My role and considerations before redesign.

My role in this project was the sole designer and majority front end developer. Ken Koontz, a full stack developer and co-founder at Benchmark Intelligence, was focusing on back end engineering for other features, so I wanted to avoid the need for too much back end modification. Rocky Garcia, a full stack developer, made contributions but was mostly occupied with new features on the main Benchmark Intelligence dashboard application.

Refactoring an app at a small startup is only possible with careful timing, strong will and the gracious support from teammates to grant you the time while continuing to push important features and remaining responsive to customer needs. 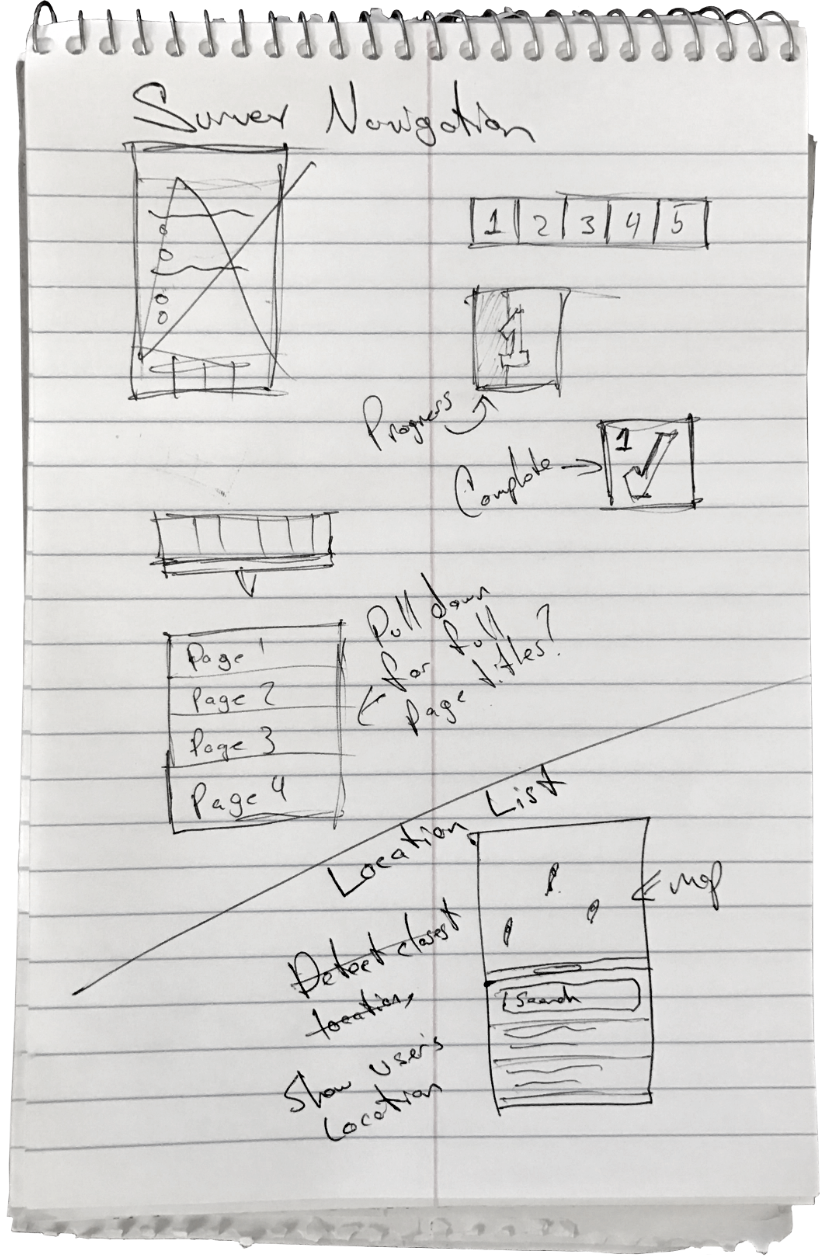 When approaching the redesign there were a few key functionalities that I knew we needed to improve or incorporate.

After some initial sketches it was off to the races in my design software. Typically I'd spend a lot more time wire-framing and user testing before drafting a polished design, but because the environment was a fast paced startup, things were a little different.

I did run some "gorilla" UX tests from sketches, particularly the survey page navigation UI I had come up with that was pretty unique. By "gorilla UX tests", I mostly mean roughly sketching a UI I want to validate and showing it to people around me, like my wife, co-founders, friends and random people in the halls at Bitwise (a hacker and startup space in Fresno, CA). With vague questions such as "What do you think this is?" and "What do you expect to happen when you click that?", ideas can be roughly validated or ruled out with a surprisingly small sample size. Beyond that, I knew I was using established design patterns and much of the work flow already in use in the MVP version.

I was also able to rely on a fairly shallow design, not going into too much detail regarding error/success messaging, etc. knowing I would be developing the front end and handling most of that messaging as it occurred in code. When I'm not developing a UI myself, a solid relationship between developer and designer is important for making sure those details are accounted for and presented well. It's nearly impossible to design a UI with everything accounted for, and a major reason software designers need to understand code. 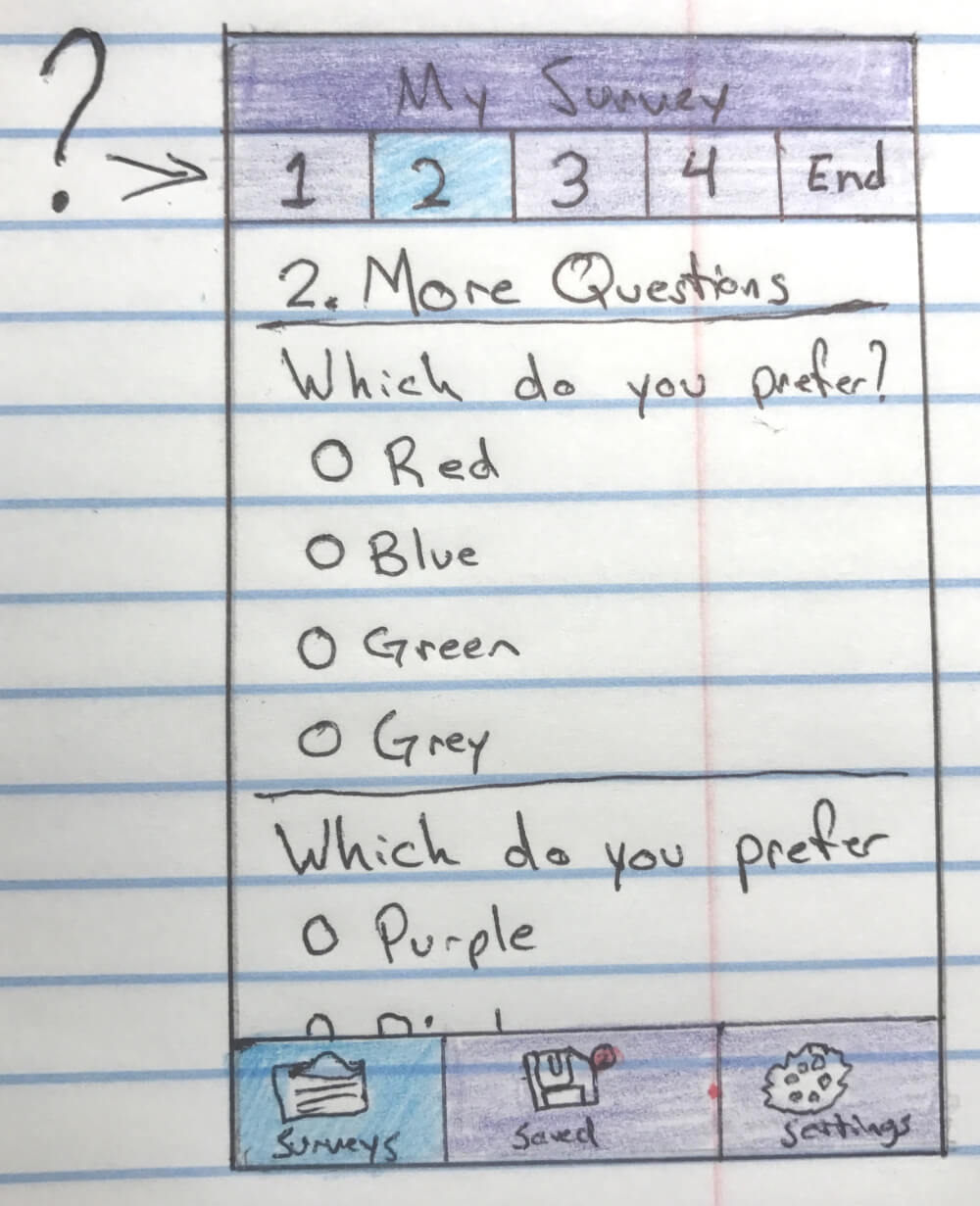 It's nearly impossible to design a UI with everything accounted for, and a major reason software designers need to understand code.

With customer requests for a better survey experience coming in and the initial mock-ups providing a clear enough direction, there was no time to waste.

This application, like the MVP, would be a web app since our development team wasn't proficient with native iOS or Android development and we wanted our customers to be able to use any device, including a laptop, to take a survey. So, like the desktop dashboard we had rebuilt previously, this would be built using Angular 2 with Webpack & Typescript. I was able to spin up a development environment quickly by leveraging Angular CLI. Of course we'd also be utilizing our in-house pattern library for general styles.

Absolute adherence to a design is rarely ideal for implementation. This is one area I’ve seen enterprise level software development suffer, leading to projects going way over time and resulting in a finished product that lacks the polish envisioned by designers.

One example of adaptation while coding is on the location selection view. I originally designed the list to have a drag handle for modifying how much screen real estate it had, a pattern I borrowed from iOS's map application. I did attempt to implement this, but finding that reliably dragging it while making sure the map scaled appropriately (allowing the map's centering calculations to be accurate) was overly challenging, "janky" and more work than was necessary to simply get more of the list in view. So I adapted, abandoning the slider and using a button instead. This resulted in a faster, more explicit and simple user experience with much cleaner code.

By saving time and opting for more simple implementations where the user experience wasn't sacrificed, simple features that weren't initially considered were able to make it into production. While interacting with the map and list it occurred to me that users might have a need to find directions to a location. Of course building navigation into this app's map would cost enormous amounts of time, so instead I added a button on the fly allowing users to copy a location's address with one click/tap. They can then easily take that address to a dedicated navigation app like Google Maps. 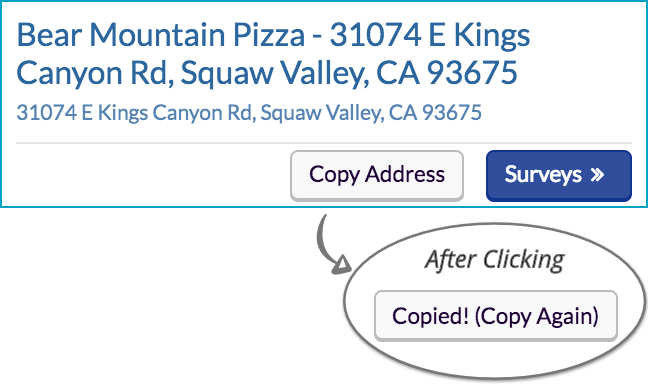 As a UI becomes "alive", actually interactive and you have the opportunity to play it, moderate adaptation on the fly is crucial for achieving the best results. On the survey list view, I originally designed simple selectable panels. However once I was able to interact with them and notice my raw impressions, I realized they didn't appear "clickable" like a link or button does. So I adapted, adding indication that the items bring you somewhere when clicked.

Filling in the Blanks

One more example of adapting on the fly, or in this case having to respond to an undesigned component that was defined in the "hit list" (an artifact of rapid designing), was I realized I needed to keep the user informed about their connection status and when survey progress was saved. This realization didn't occur until I was actually writing code for saving progress as the user entered survey responses. After some thought over coffee and a few sketches on a napkin, I added a status indicator to the "mast". When a user enters a response, their progress will save automatically and provide indication. If saving failed, a clear warning would be displayed that the user lost internet connection and the system would attempt to reconnect every 10 or so seconds. 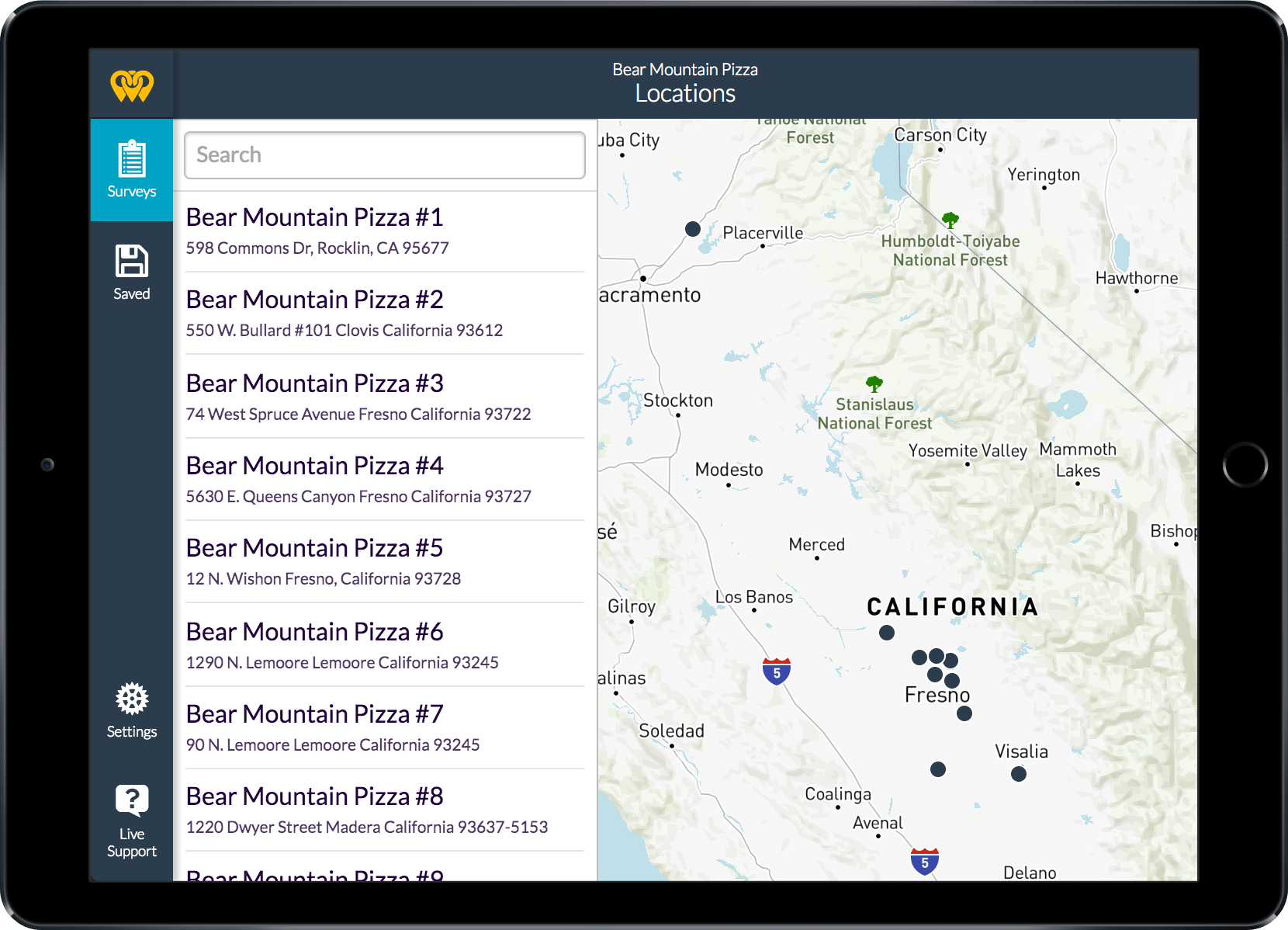 Small, agile startup development teams hold an advantage over enterprise level dev teams when it comes to speed of execution. This project took me about a month from the beginning of design to production ready app. I was able to achieve this because I understood the goal, I was in touch with our customers needs and was able to put my heart into it without too many stakeholders involvement.

This application was built with very modern web technology and is structured in a way that it can continue to grow and evolve through iterations. There were a few things I took away from the project as well...